The Gulfstream IV, otherwise known as the GIV, revolutionized business jet travel when it launched in 1985. The aircraft's performance in the intercontinental heavy jet class was so impressive that Gulfstream modelled most of its following jets on the GIV. Although Gulfstream stopped producing the GIV in 1992, it remains a popular heavy jet.

The GIV aircraft was the predecessor to the G450 and became highly popular in the 1990s, when over 500 were produced. Upgraded from the GIII, the GIV offered a new design, a superior engine and additional space, with advanced cabin and cockpit technology. The jet also had great durability and low maintenance needs.

The biggest innovation from previous Gulfstream models was the GIV’s Stage 3 Compliant Rolls Royce Tay 611-8 engine, as well as its longer range and larger cabin. Upon launching, the jet set records for speed and distance in its category. With a range of 4,584 miles, the Gulfstream IV is capable of making transatlantic journeys, with a maximum cruise speed of 509 miles per hour.

The jet carries up to 19 passengers, with a maximum take-off weight of 73,200 lb and maximum altitude of 41,000 feet. Its engines reduce noise and emissions, while still producing 13,850 lb of thrust. The Gulfstream IV was the first jet to use winglets as standard equipment and is the perfect size for operating in and out of small airports.

Customers who ordered the Gulfstream IV jet were able to completely customize the interiors. Most of the jets have seating for up to 14 passengers, although the cabin can accommodate 19. Different configurations include four-seater conference areas, berthing divans and four-seater dining spaces. Design options include various leathers, bespoke fabrics and reclining chairs. The Gulfstream IV has a large baggage compartment for its class at 169 cubic feet and the space is easily accessible from the main cabin. A lavatory is usually located at the back of the jet, although many GIVs also include a separate crew lavatory at the front. There is space for a full-service galley with a microwave, two coffeemakers and a fridge to prepare refreshments.

The Gulfstream IV had advanced technological features for its time of production. The jet was the first in civil aviation to have an all-glass cockpit and digital flight management computers. In addition, the GIV has a satellite communications system, as well as light wings for a longer range and cruising speed.

The Gulfstream IV followed on from the GIII, making its first flight on September 19th 1985. The jet was fully introduced to the market in 1987 and impressed the aviation industry with its advanced cockpit technology and intercontinental flight range. In 1993, Gulfstream introduced an updated version of the jet, the Gulfstream GIV-SP. Today, the model has six variants:

The C-20 models in the Gulfstream IV range have been bought by the military, with the US Airforce using the C-20H and the US Army buying the C-20J. Many Gulfstream jets are also employed for military and government aviation needs around the world, from Chile to India and Sweden.

Gulfstream was established by Roy Grumman, the co-founder of Grumman Aircraft Engineering Company in Savannah, Georgia. The company originally focused on producing warplanes until the launch of its first business jet in 1958, a 12-seater model called the Gulfstream I. The company was later purchased by American Jet Industries and in 1999, bought by General Dynamics and renamed Gulfstream Aerospace.

Today, Gulfstream Aerospace Corporation is a wholly owned subsidiary of General Dynamics, which is one of the world’s largest defense and aerospace companies. Gulfstream has produced over 2,000 aircraft since it began, mostly private jets for business but also models for the military. The company now produces the G650ER, G650, G600, G550 and G280.

Some of the company’s achievements include:

During its production years, the cost of a new Gulfstream IV was $26 million. The price for a second-hand GIV jet today is, on average, $2.8 million according to Business Jet Traveler.

As of 2019, aircraft resale sites GlobalAir, AvBuyer and Controller.com had Gulfstream IVs listed for sale. On Globalair.com, the cheapest listing was for a 1989 model at $2,750,000. Gulfstream IV jets on AvBuyer started at $2.9 million.

The GIV is a popular private jet charter for intercontinental business and leisure flights. Rates for hiring a Gulfstream IV will depend on many factors, including which airports you fly in and out of and your journey distance. The total fixed cost per hour can be around $2,055.

If you would like to charter this aircraft please visit our private jet charter page. 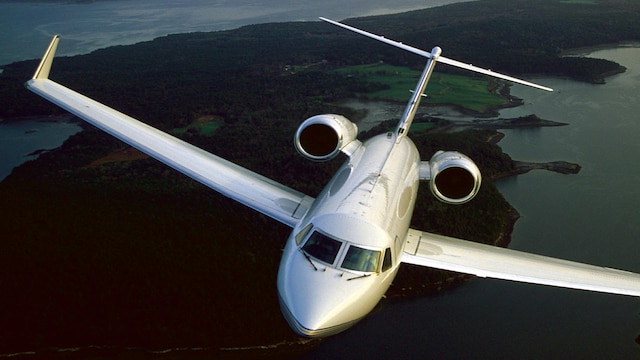 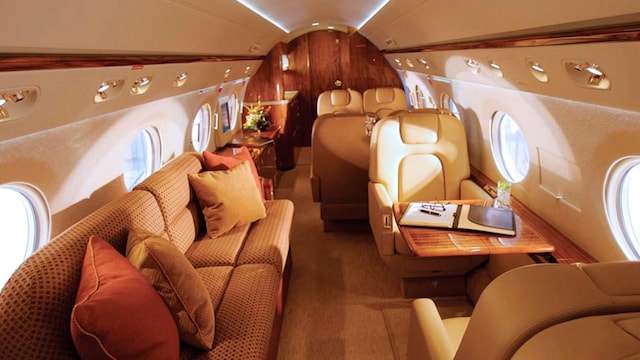