ACS has been recognised for the third consecutive year as the Cargo Charter Broker of the Year at the 2015 ACW World Air Cargo Awards gala dinner.https://aircharterservice-globalcontent-live.cphostaccess.com/images/news/jj-acw-award_tcm36-5186.jpg 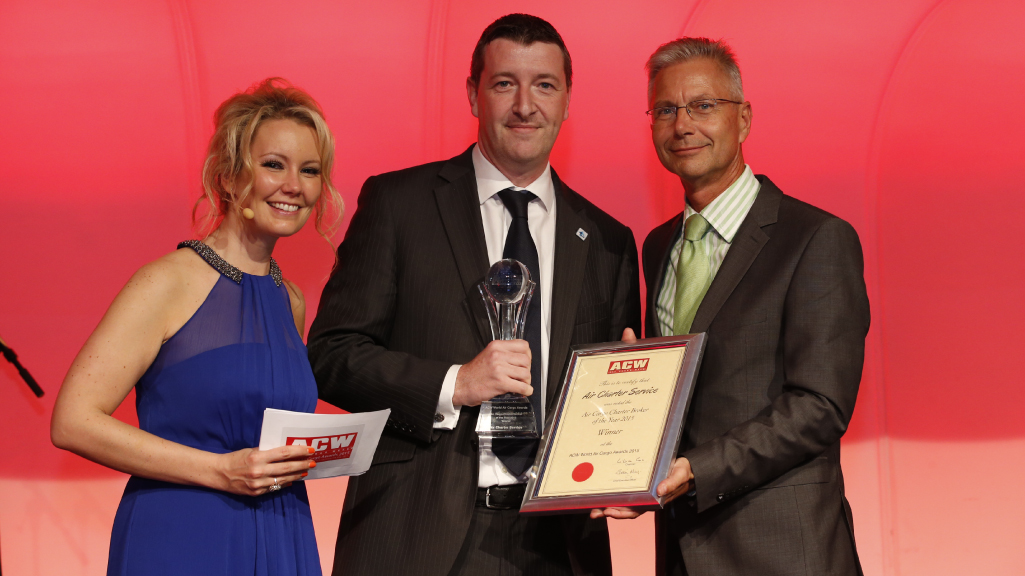 Air Charter Service has been recognised for the third consecutive year as the Cargo Charter Broker of the Year at the 2015 ACW World Air Cargo Awards gala dinner, held at the Bayerischer Hof hotel in Munich.

This latest award was voted for by cargo industry professionals and was also won by ACS in 2013 and 2014.

The Air Cargo Week prize will sit proudly next to the equivalent Air Cargo News award that was won by the company less than two weeks ago in London.

“We are delighted to win this for the third time in a row, it’s a testament to the hard work of our staff which, in turn, has lead to the great reputation that we have amongst our customers and suppliers”, said Justin Lancaster, ACS’s commercial director, who collected the trophy on behalf of the group.

“I would like to thank all those who voted for us, we really appreciate you taking the time to confirm us as the world’s leading cargo aircraft charter broker”.