ACS has announced that in 2015 the company arranged more than 10,000 charter contracts for the first time in its history.https://aircharterservice-globalcontent-live.cphostaccess.com/images/news-images/acs20102c00020charters20._tcm36-34031.jpg 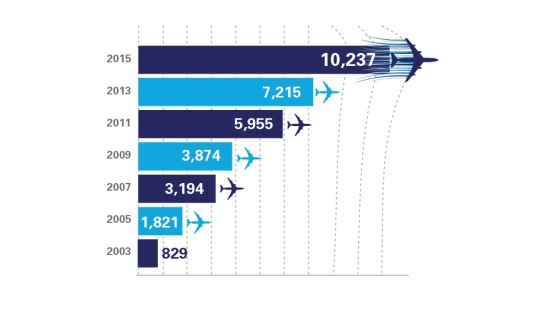 Leading aircraft charter specialist, Air Charter Service, has announced that in 2015 the company arranged more than 10,000 charter contracts for the first time in its history.

Justin Bowman, CEO of ACS, commented: “It is a testament to our global strategy and growth that twelve years ago we arranged less than 1,000 and now we are booking more than ten times that amount. We have added 18 offices in that time, but this figure just proves that we were right to do so, as the business was clearly out there and we have increased our market share year on year.

“We broke our monthly record five times in the space of six months over the spring and summer last year, including two consecutive months of more than 1,000 charters.”

In total Air Charter Service arranged 10,237 charter contracts in 2015, an average of just over 28 every single day of the year. Bowman concluded: “Often one charter contract entails many different flight sectors.”